Supporting the science of consciousness

The foundation supports various programs at us universities and institutes to advance the understanding of consciousness through theoretical and experimental research.
learn more
SINCE 2011

Silicon - The Autobiography of Federico Faggin

The Faggin Foundation is thrilled to announce that Federico Faggin’s autobiography “Silicon: From the Invention of the Microprocessor to the New Science of Consciousness” is now available in English in paperback or kindle editions.  Published in February of 2021, the audiobook edition will be available in March 2021.  To stay informed on the latest, please join our mailing list.

My curiosity about consciousness started in the late eighties when I asked myself if it was possible to make a conscious computer. In the early sixties, artificial intelligence (AI) researchers, speculated that soon computers would surpass human intelligence. Despite being much more powerful, today’s computers are not one bit more conscious, than the computers in early sixties. 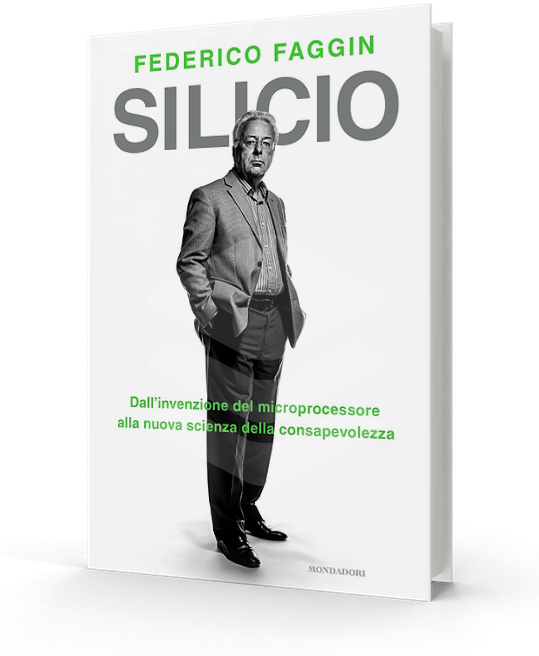 IN MAY 2019 FEDERICO FAGGIN’S AUTOBIOGRAPHY SILICIO WAS PUBLISHED IN ITALY BY MONDADORI.